Choosing An Island For Your Hawaii Vacation 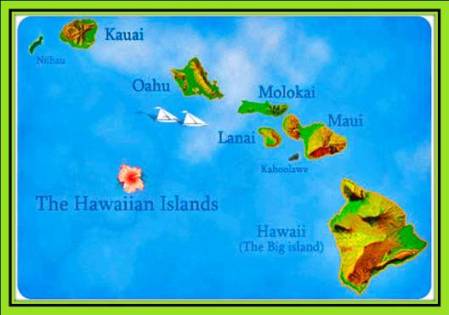 After much deliberation, you’ve decided on Hawaii as your next vacation destination, but with so many beautiful islands to choose from, how do you determine which one to visit? Niihau and Kahoolawe are small islands with limited tourism but the other six are jam packed with all of the ingredients needed for a perfect vacation in Hawaii. Today’s post aims to highlight each of the Hawaiian Islands to help you decide which one is best for you!

The third largest island in the Hawaiian chain, Oahu has been nicknamed “The Gathering Place”. More people live on and visit Oahu than any of the other islands, perhaps because it’s got a little something for everyone. Those who enjoy the bustling activity of a big city will love Honolulu and Waikiki, while the north shore offers small town charm. History buffs won’t be disappointed either and can enjoy a visit to Iolani Palace and Pearl Harbor. Much like the rest of Hawaii, there are plenty of places to hike the beautiful outdoors, and of course, there is no shortage of incredible beaches. The average temperature on Oahu is 75 – 85 F. December to March tends to be on the cooler side, while April to November will see temperatures on the higher end of the spectrum. The magnificent trade winds keep visitors from becoming uncomfortably warm.

Kauai is known as the “Garden Isle”, and rightfully so. The fourth largest island in the chain is thought to be Hawaii’s oldest and it’s definitely the greenest. Complete with rainforests, waterfalls and miles of pristine coastline, Kauai is the island of choice for nature lovers and outdoor enthusiasts. Kauai is the rainiest place on earth however much of the rainfall happens at higher elevations and through the island’s interior with very little affecting the coastal areas. Showers are short-lived and most happen at night leaving the day time wide open for snorkelling, exploring the incredible Waimea Canyon, hiking the magnificent trails, kayaking the Napali Coast, or simply lounging on one several beautiful beaches! Temperatures on Kauai range from 69 – 84 F.

Once known as the “Pineapple Isle”, Lanai is now nicknamed the “Private Isle”. If you are looking to get away from it all, Lanai is the island for you. With a small population and nary a traffic light to be found, Lanai offers its visitors the opportunity to truly escape the hustle and bustle of everyday life. The island is home to Puu Pehe; or Sweetheart Rock, Shipwreck Beach; which offers some spectacular snorkelling, Keahiakawelo (Garden of the Gods), and some award-winning championship level golf courses. Lanai tends to be drier than the other islands with only 37 inches of rainfall per year. The average temperature ranges from 70 – 85 F.

Even though the Aloha spirit is thriving on every island in Hawaii, Molokai is known as “The Friendly Isle”. Similar to Lanai, there are no traffic lights on Molokai, and the island is proud of its reputation for being untouched. The highest percentage of native Hawaiians live here and their passion for their land and culture can be felt throughout the island. Visitors can enjoy breathtaking views from the Kalaupapa Lookout, visit the Queen’s Bath, or soak up the sun on Papohaku; one of Hawaii’s largest white sand beaches. The island is also home to the world’s highest sea cliffs. The average temperature on Molokai ranges from 70 – 85.

The second largest of Hawaii’s islands is perhaps also the best known. Maui is nicknamed the “Valley Isle” as its center sits between two mountains. From the towering volcano summit of Mt. Haleakala, to the famous Road to Hana with its 600+ curves and 59 bridges, and Lahaina’s 130 year old Banyon tree, there is no shortage of must-see attractions for visitors to Maui. Maui has got a beach of every color and is home to the popular Ho’okipa Beach known worldwide for its incredible surfing conditions. The Seven Sacred Pools in Oheo Gulch are another example of Hawaii’s natural beauty that you won’t want to miss. With average temperatures ranging from 70 – 90 F, Maui is the perfect vacation destination year round.

Hawaii is also known as the “Big Island” as it’s the largest in the Hawaiian chain and thanks to the Kilauea volcano; it’s continuing to grow at a rate of 42 acres per year! If you are visiting the Big Island, Volcanoes National Park is a must-see, as is Kealakekua Bay, the historic Kailua Village and the Punaluu black sand beach. In the evening, you can take in the Mauna Kea star party for some of the best star gazing in the world, or do a night dive with manta rays. The fun and adventure is just as endless here as it is across all of the other islands. Average temperatures on Hawaii Island are 78 – 85 F.

Regardless of where your Hawaii vacation takes you, you’re sure to enjoy all that Paradise of the Pacific has to offer. If you are looking for more information, our concierge service is ready and waiting to assist! Have an Aloha filled day!